Restoring a Resource. Bringing Back a Neighborhood.

What started in 1993 as the dream of two civic-minded people has blossomed into a thriving organization that is restoring not only the Woonasquatucket River but the communities it touches. 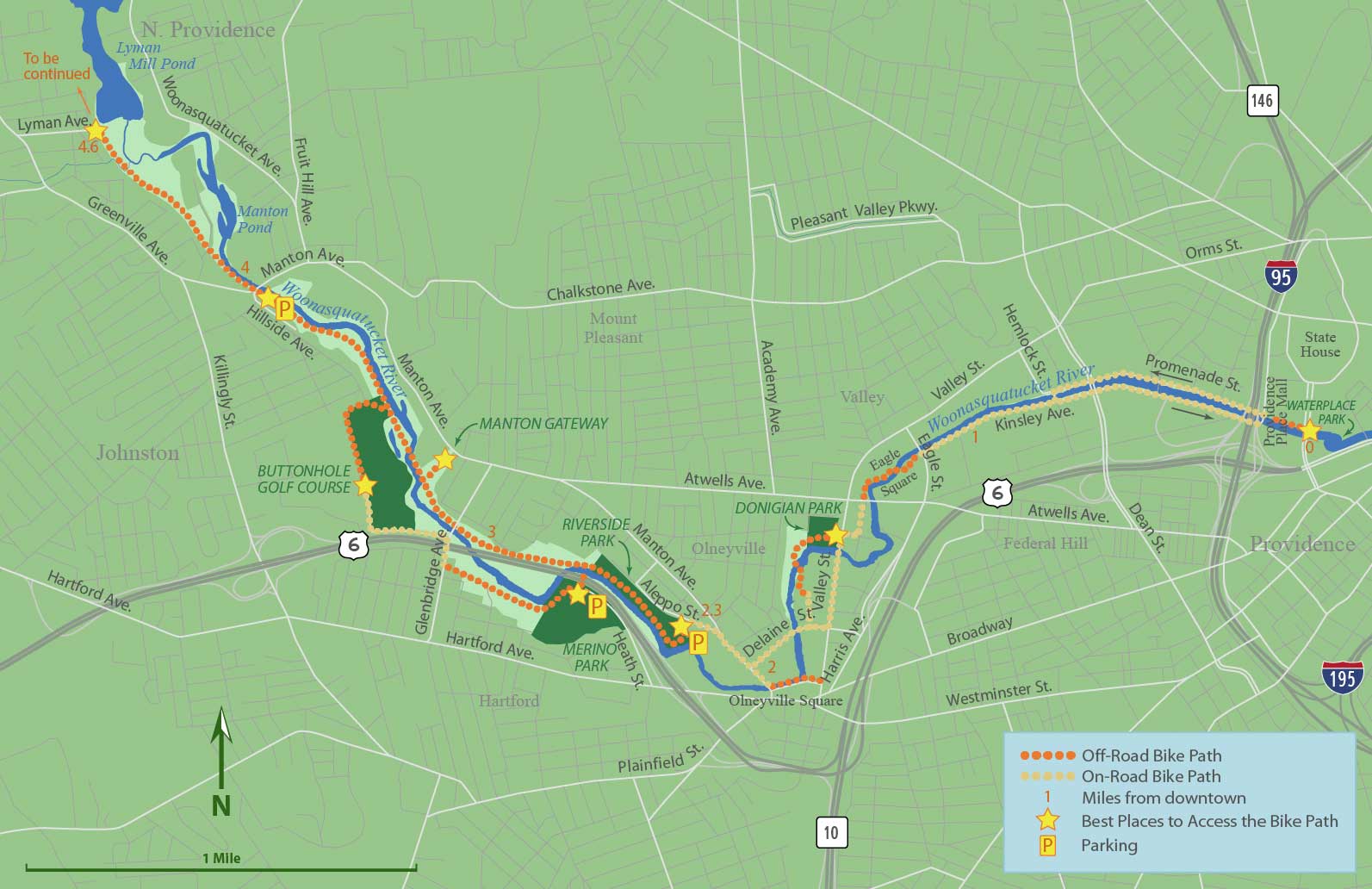 The Woonasquatucket River Watershed Council has come a long way since 1993 yet there is still much to do on the Greenway. Check out where we’ve come from, what’s happening now, and what we’re planning for the future. Support WRWC so we can continue to leverage resources and deliver these amazing changes!

Art on the Greenway

Showcasing art by local artists along the Greenway brings a pathway of beauty and vitality to the city. Art allows us to tell stories, resurrect history, bring awareness to the river, or to simply be playful.

Greenway neighborhoods, like Olneyville, have a deep and rich cadre of artists living and working around the Woonasquatucket. Communities like Fort Thunder may have come and gone, but the spirit of the arts and creativity lives on in Olneyville, the Valley, and other Greenway neighborhoods. The WRWC continues to champion artists by hiring them to publicly showcase their work. Join us on the Greenway to see this amazing work being created in RI!

Each park along the river and gateway to the Woony River Greenway contributes to a story of dramatic change and resurrection. WRWC works in these spaces, guiding their creation and improvement as they become assets to the community, many for the first time. And we are building friends groups along the way, Contact us for more info. We invite you to see the transformation! 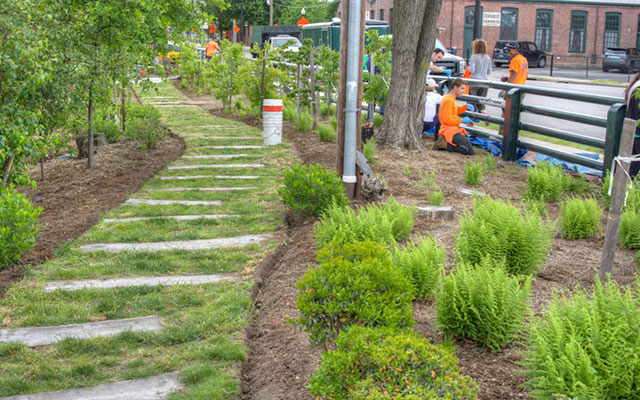 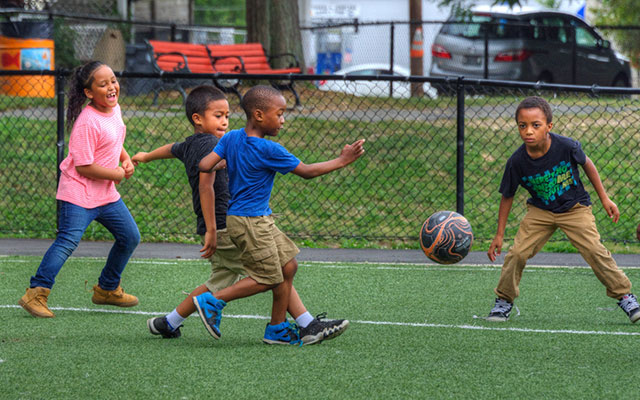 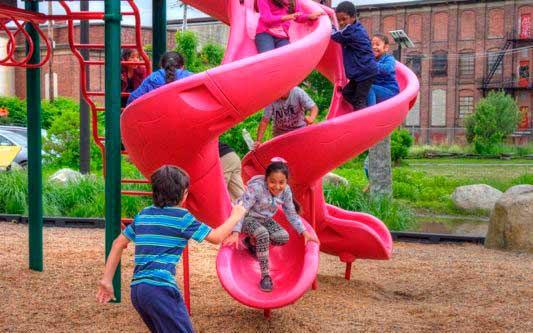 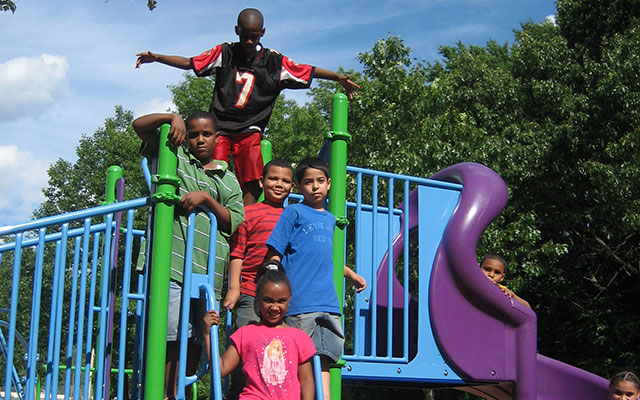 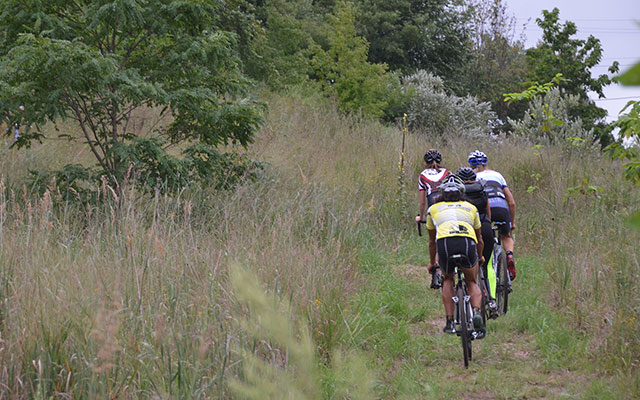 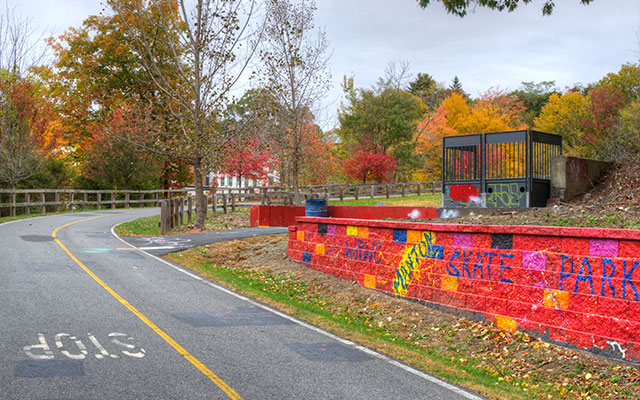 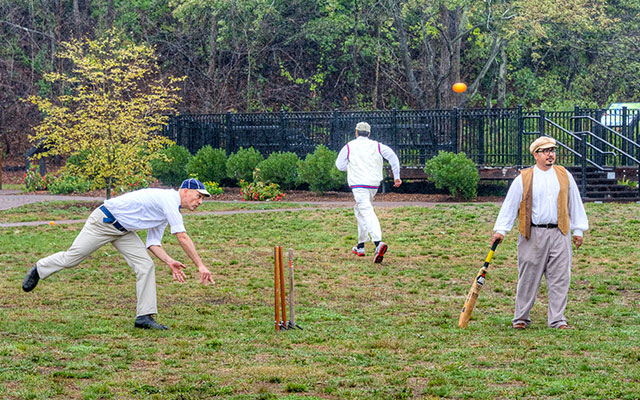 The Woony River Greenway, once known as the Woonasquatucket River Greenway Project, was initiated in 1993 by Fred Lippitt, then Chairman of The Providence Plan. The primary area of concern was Olneyville, the most impoverished and under-served neighborhood in Providence. Fred and others realized that Olneyville had a hidden and untapped asset– the Woonasquatucket River, and determined to restore it and adjacent, abandoned industrial lands as a catalyst for positive change.

Difficult to find, the river was lined by abandoned, contaminated industrial sites and overgrown riverbanks filled with trash and debris. Children climbed over massive piles of illegally dumped debris in search of a place to play. Of the three parks along the river, one was undeveloped space (state owned Dyerville Park – now Buttonhole Golf Course) and scheduled to be sold for development, one was officially closed (Merino Park), and one was abandoned (Donigian Park).

Fred recruited Jane Sherman to be Project Director of the Woonasquatucket River Greenway Project. Together, and with the community they developed goals for the project and worked to build partnerships with neighborhood communities, environmental organizations, and City, State and federal officials and agencies. They laid the foundation from which WRWC grew.

The Woony River Greenway has been recognized as a model community revitalization effort. One that continues the rediscovery of the river and its natural resources through multiple towns and cities, channeling development and revitalization into often neglected and disadvantaged areas.

Sixteen acres of contaminated land and 52 acres of abandoned public lands have been restored, contributing to the vitality of the neighborhoods through environmental, recreational and youth job training programs. The Woony River Greenway promoted the restoration of abandoned industrial sites, the reuse of historic mill buildings, and residential stabilization, with over $300 million in new commercial, residential and mixed-use projects that are in various stages of development. Improvements to the ecosystem include remediation of Brownfields, restoration of riparian buffers and wetlands, and restoration of fish passages in the lower Woonasquatucket River.

Visit our timeline to explore how the Woony River Greenway has helped change communities and shaped the WRWC.

Images From The Greenway